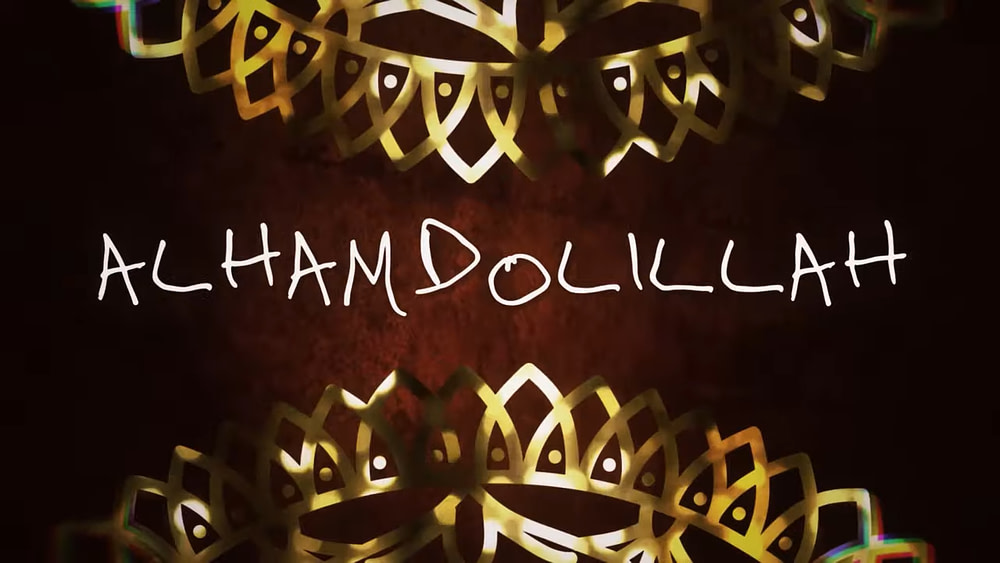 Born in London, England but grew up in Islamabad, Pakistan, singer, songwriter, rapper and music producer Adil Omar is 21 years deep into his musical journey. He began his passion for music at the early age of 9 years old growing up listening to classic rock such as Pink Floyd. Rap music stood out from the rest after being introduced to Tupac Shakur and listening to Dr. Dre’s “Keep Their Heads Ringin’” and he used rap to help him manage a stutter he had. He says, “I’m a Pakistani OG at this point but still as curious and hungry as when I first started out.” With a catalog of music dating back to when he was a teenager, he caught the eye of Cypress Hill’s B-Real in 2008 who invited him out to Los Angeles to help him launch his music career. His last significant body of work was his debut album and film ‘Transcendence‘ which came out in 2018 featuring artists such as Rancid’s Tim Armstrong and Swedish artist Elliphant.

In December of 2021, Omar released his newest single “Alhamdolillah” which can be translated from Arabic to mean “praise be to God” or “thank God”. This popular phrase is called Tahmid (praising) or Hamdalah in Arabic. When asked about the meaning of the song he says, “Gratitude and thanks. Even if it’s an Islamic term, it’s a universal message and a human emotion we all feel.” Omar not only wrote and rapped on the song but also is credited as mix/engineer as well as mastering alongside Grammy award winning mastering engineer Brian ‘Big Bass Brian’ Gardner (Dr. Dre, Outkast, Eminem, Michael Jackson). Adil says this song is different from his other releases, “I’m normally a taboo breaking and boundary pushing artist. This is my cleanest and most wholesome release so far.”

Before the release of the song’s official music video, the rapper released a professionally produced lyric video to complement the visual trifecta for his ever growing fanbase. When asked why he chose to release a lyric video he said, “I’m at the point of my career where a lyric video is a must for every song. My songs are content rich both in terms of production as well as lyrics and subject matter. Some people just wanna hear the song, others want to read the words and some wanna see the artist. The music deserves all of the above.” This lyric video is a great representation of that as it features stunning custom illustrations that relate to the lyrics such as the fountain when he says “I saw fountains of wonder” or the male lion wearing a crown when the lyrics read “champion powerful king, warrior full of love”. These visuals have a shimmering gold effect which really adds a sense of extravagance to the lyric video over the burnt sienna and deep blue textured backdrops.

With the fast pace lyrics and scene transitions, you can really capture the passion from the artist like when he says “and now you can witness me rooooaaarrrr!” When Adil starts to roar, the whole video begins to shake as the lyric jumps forward into an epic scene transition. I also love the creative choice to make the edges of the video blurry with the subtle use of the DLP Rainbow effect applying to any text or visual that passes through. We asked Adil what his favorite part of the video was and he said “The whole thing is stunning. The team at LyricVids really brought my vision to life on this song as well as all the upcoming releases we have in the pipeline. I’m extremely OCD and attention to detail when it comes to the curation of my videos and releases, so for them to have the vision and imagination (and patience) to bring my ideas to life speaks volumes about them. A very talented and gifted bunch.”

The lyric video for “Alhamdolillah” is both mesmerizing and entertaining which is a great summarization of Adil Omar as an artist and a brand. The use of creative visual effects really brought the lyrics to life and gave us an inside look at this music mogul’s lyricism. Up next for Adil Omar, he says fans can expect a full album released this year! To stay tuned you can follow him across all social media and music streaming platforms alike.