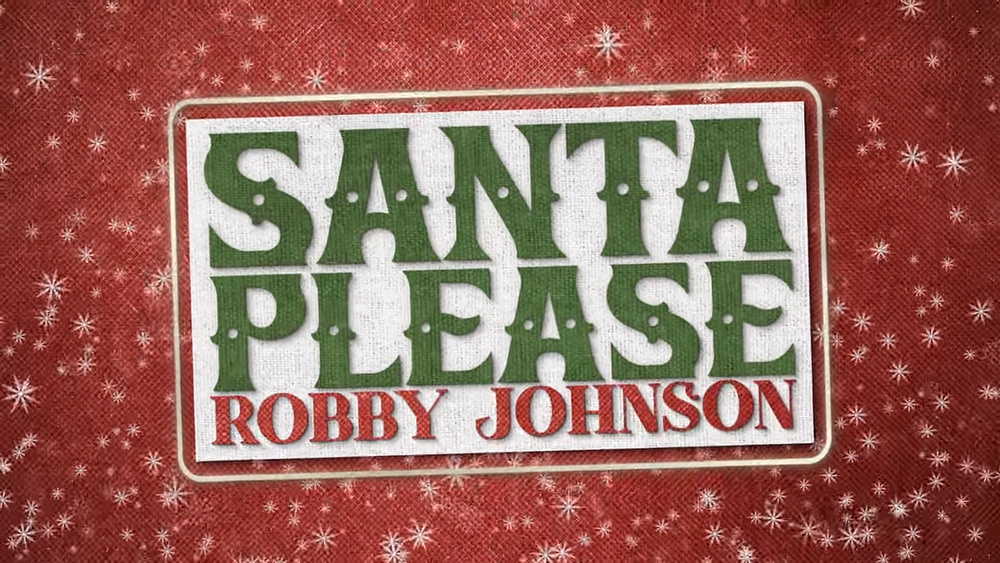 ‘Tis the season to be jolly and what better way than with some good old fashioned holiday singsong! Nashville-based singer/songwriter has an absolute belter to add to your Christmas playlist with his new single “Oh! Santa Please”. But don’t let his southern sound fool you, us Canadians are proud to claim him as one of our own French-Canadian born musicians. From a small town in Quebec, Robby grew up like most kids, loving all music from Garth Brooks to The Beatles but never considered himself an artist and went about his life and career outside of the industry. It wasn’t until 2012 when his wife gifted him some Montreal studio time as a Christmas gift where things started falling in place for this rising country music star. He was put in touch with renowned music producer Jimmy Nichols (Lonestar, Faith Hill, Carrie Underwood) and industry songwriter Frank Myers (Travis Tritt, John Mellencamp, LeAnn Rimes) and in 2013, decided to move to Nashville and begin his professional music career. Ever since, Robby has opened for the legendary Keith Urban, performed on The Late Show with David Letterman and has upwards of 10 million views on YouTube. This nouveau Nashville stud is certainly making waves for himself down south.

On November 13th, the singer/songwriter released his newest Christmas themed single titled, “Oh! Santa Please”. He says the song is about “wanting that very special gift for Christmas, no matter what it is. It’s also speaking to all of us who secretly would love for Santa to truly exist. As you can tell, I love Christmas, and Santa!” With such a fun and uplifting track, the artist speaks to the child in all of us and gifts us a fun new way of celebrating with family. When asked how this song differs from his previous releases he says, “I usually work hard to make sure that none of my songs sound the same or have the same flavor. I’ve released some country rock, country pop, traditional country, and even some reggae country in the past. For this release, I wanted it to feel and sound like a Christmas classic. I guess, I’m nostalgic of the time I spent at my grandmas’ house when I was a kid.”

This song has the perfect recipe for fun colors and visuals so Robby teamed up with LyricVids to release the official lyric video for “Oh! Santa Please”. When asked why he chose a lyric video, the singer said, “I wanted for people to easily learn the song without being too overly distracted by what’s happening in the background of the video. LYRICVIDS did an amazing job! I’m truly impressed and satisfied with the end result.” The video boasts those classic Holly red & tree green Christmas colors over burlap textured backgrounds, which adds depth to the video and a level of tangibility. Those bright serif fonts are eye-catching and just as Robby had said, help keep the focus on the lyrics and the song itself without being too distracted from the visuals. Our illustrator designed some custom Christmas images to pair perfectly with the lyrics such as pictures of Santa, stockings stuffed with goodies, milk & cookies etc. The lyrics slide in and out of shot with energetic scene transitions bottling that holiday cheer found in all the classics.

We asked Robby what his favorite part of the lyric video was and he said, “I love all of it, but if you force me to choose, I’d say the part after the saxophone solo. I love how everything flows in that chorus”.

What’s next for Robby Johnson? He says, “I’m currently working on a new single that will be released at the beginning of 2023. It will be the first single out of my ‘Alive Right Now Deluxe Edition’ coming out later that year. I hope y’all will love my new Lyric video! Thanks to LYRICVIDS for helping new artists get some exposure. Have a great Holiday season!” You can follow the country music artist across all music streaming and social media platforms @RobbyJohnsonMusic or check out his website at www.robby-johnson.com