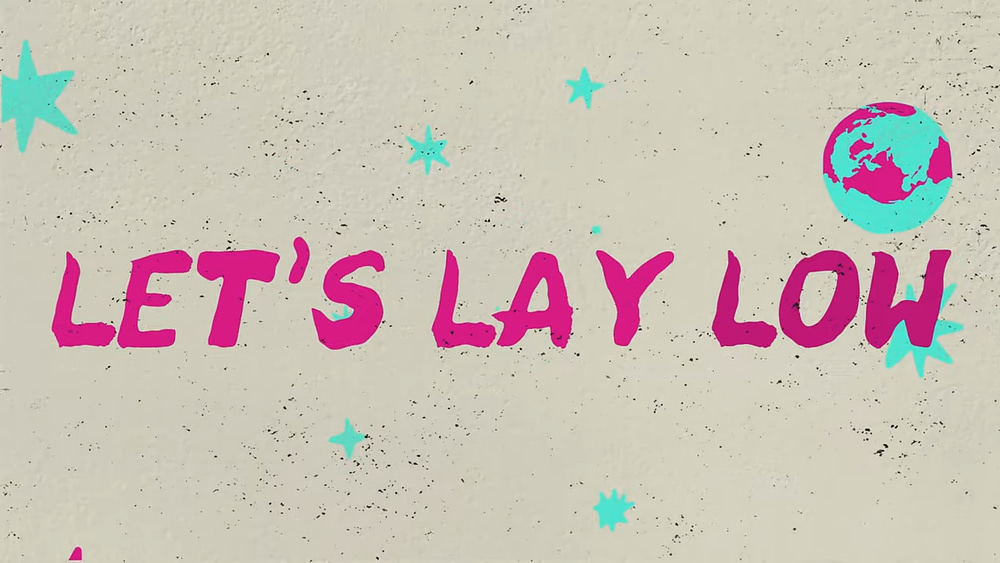 When I think about the early 2000s, my memories are filled with Converses, skinny jeans, leather jackets and boyfriends with swoopy bangs. This was a decade filled with some unique fashion choices but some of the most memorable rock pop songs of this generation. Plain White T’s certainly tops that list, a band that has stood the test of time and has accommodated the fast paced changes in the music industry. In 2019, the band released a professionally animated lyric video for their song “Let’s Lay Low”, embracing the progressive direction of their fans as well as YouTube as a music streaming platform.

The Plain White T’s are a Grammy Award nominated, multi platinum American rock band. From the suburbs of Chicago, Illinois, founding member Tom Higgenson (vocals) began playing together with high school friends Dave Tirio, Ken Fletcher and Steve Mast in 1997. Playing gigs around the city, the quartet released their first album in 2000 titled “Come On Over”. In ‘02/’03 the bend saw a shuffling of band members, minus Higgenson, with Tim Lopez (guitar), Mike Retondo (bass) and De’Mar Hamilton (drums). With a newfangled approach to their music career, the band was signed by Fearless Records and in 2006, released their smash hit “Hey There Delilah”. The song hit #1 on the Billboard Charts, went quadruple platinum and received two Grammy nominations for Song Of The Year and Best Pop Performance. With 5 albums since, the rock pop band has sold out shows in every corner of the globe. In 2019, the band released their “Parallel Universe (Deluxe Edition)” album featuring new track “Let’s Lay Low”. The song was immediately celebrated by fans and to keep momentum going, the band released an animated lyric video for the song.

The video for “Let’s Lay Low” was the first professionally produced lyric video for the band, causing a stir for their enormous fan base. No longer having to sift through fan made videos on YouTube filled with misspelled and inaccurate lyrics, fans could now tune in to the Plain White T’s official YouTube channel for authentic band content. The song screamed VIRAL and a lyric video with fun colors and visuals is always a great way to help push any song in that direction.

When watching, it is apparent that it takes huge inspiration from the single cover. Not only does it feature the band name in a similar brush stroke font as used in the lyric video, but it lives within the same planetary universe. I love everything about these animations. The background resembles a textured wall or could even be someone’s school binder where all of the fun drawings are brought to life. The single cover features these cool little neon Earth-like planets with Saturn-style rings, lined up in different rotational positions. Throughout the music video, we see these planets rotate and fly across the screen, creating a cohesive theme for the song. Aside from the lyrics themselves, these rotating planets as well as the other fun animations like the pursed lips and the pink shooting star, create a lighthearted and playful mood matching the track’s energy.

The video showcases two separate fonts, one matching that on the single art as well as a really in-your-face sans serif. Both fonts are black, which is completely onbrand with the single cover art, and feature a fun wiggle effect that showcases the high quality production of the video. My favorite feature in this lyric video are the spiraling transitions between scenes and lines. One minute the lyrics are being spelled out as they are sung on screen then there’s a quick zoom out, where everything rotates quickly and shrinks to oblivion to reveal the next scene. All of the transitions are on beat and add such a high level production value to the lyric video.

The nostalgia surrounding the Plain White T’s as a band and their music is undeniable. Thanks to social media and YouTube their fan base is growing with each new album and their existing fans have instant access to their favorite songs. The professional lyric video for “Let’s Lay Low” was a well-packaged gift to their fans and a great addition to their visual portfolio. You can follow Plain White T’s on all social media and music streaming platforms.