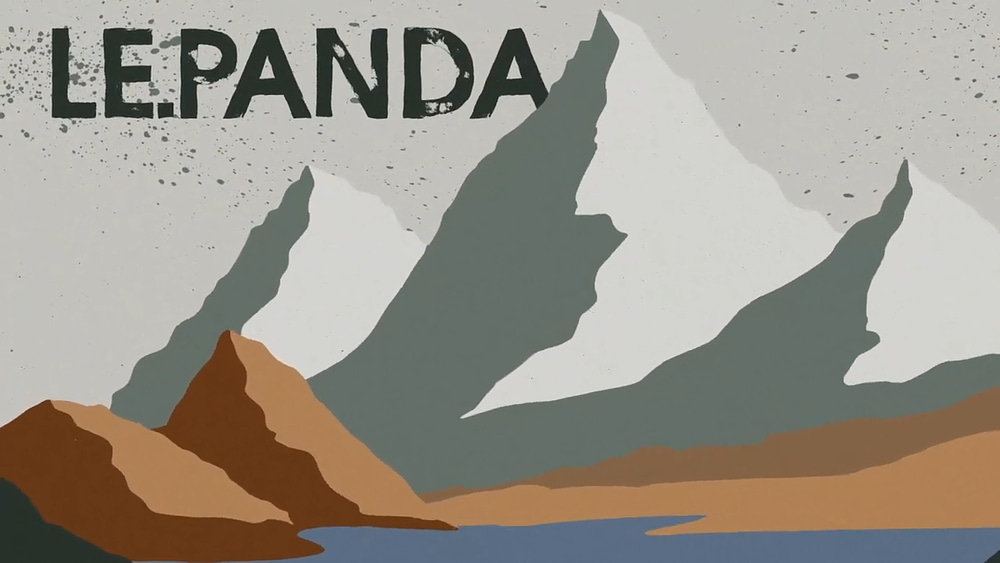 Canadian Singer / songwriter / multi-instrumentalist le.Panda is quite the one-man show. Between the guitar, keyboard, trombone, harmonica and even the flute, Philippe Gagné has been impressing passerby’s on the streets of Quebec City, Quebec for years. Since winning the $40,000 grand prize at the 51st Festival International de la Chanson de Granby (FICG) three years ago, this francophone has now graced us with his debut album titled, “Air Molo” via Kartel Musik. “I’m pretty stoked to finally release the tracks into the world! It actually feels like giving birth in a sense (minus the pain and the fluids of course), throwing a rock into a huge pond and watching all the ripples and effects it can have on people’s moods and days.”

One of the tracks on the new album is “La Rumeur” which the artist says “In the era of speed dating accentuated by dating apps, ‘La Rumeur’ expresses the dangers and conclusions of the latter in a music inspired by early 2000s beatmaking.” An upbeat song with an important undertone as he goes on to explain, “In recent years, we’ve heard more and more about something called a “hoe” phase, where an individual explores his sexuality by having multiple partners and relationships. I wanted to make an album reflecting on modern themes such as this one and many others.” When asked how this song differs from past releases, le.Panda says, “While the other releases have been produced either entirely on my own or by Simon Kearney, this one song had a different producer (Antoine Lemieux-Rinfret), giving it an entirely different vibe and feel. It remains very chill of course (as is the whole album), but it focuses on synth sounds and samples. In my mind it represents the perfect song for a chill road trip at sunset.”

le.Panda teamed up with LyricVids for a custom illustrated lyric video for his song “La Rumeur”, something of real creativity and art – not unlike the artist himself. The singer says he chose a lyric video because “We didn’t want to have a clip of the song, as the subject would be pretty hard to put in images without falling into cliches or concepts that have been overused in the past. We wanted something simple and effective.” The music video features beautiful digital paintings of calming scenescapes (mountains, fields, lakes, hills) with a subtle Japanese influence. Donning a tranquil colour palette of soft greens, browns, blue and pink, the visuals are truly unique. The lyrics are displayed with an artistic pairing of a sans serif and a script, both appear to be as if they were handwritten. We asked the up and coming pop star what his favourite part of the lyric video was and he said, “I think the movement and the custom artwork really did justice to the vibe of the song, matching with the colors and the font used. I really like it as a whole.”

What’s up next for le.Panda? A stretch of shows along the East coast (New Brunswick, Nova Scotia and PEI) while he promotes his new album. You can follow the francophone musician across all social media platforms @kaikupanda or on all music streaming platforms.