Kendra Erika – Come and Get It (Disco Fries Remix) 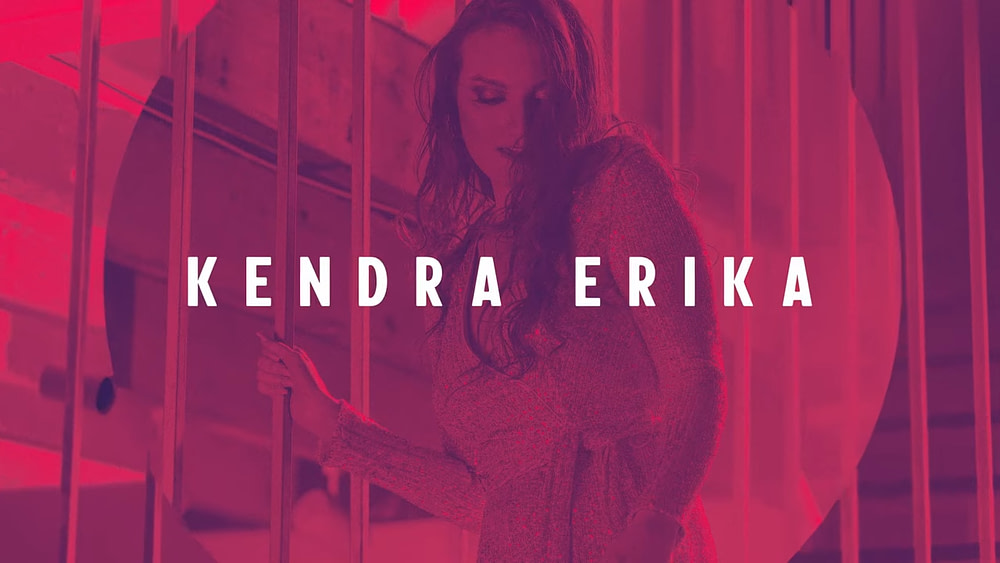 From the sunny city of Los Angeles, Kendra Erika is making waves in the music industry! Originally from Boca Raton, Florida, this rising pop star was born tone deaf. However, at the young age of 8-years-old, she began her musical journey training in classical music and performing in local theaters. As a teenager, Kendra would perform jazz and pop music in local restaurants, thus beginning her professional career. Now a Multiple Top 10 Billboard Dance recording artist/singer-songwriter who has released dozens of singles and worked with top producers and songwriters and has even performed as the opening act for stars such as Cody Simpson and Jason Derulo. She previously had five Top 10 dance hits on the Billboard Dance Charts including “Self Control” which reached #1. She also had two Top 5 singles on the U.K and European Dance Charts. Kendra’s videos have amassed over 2 million views to date.

On October 28th, Kendra teamed up with American dance duo Disco Fries and released the remix for her newest single, “Come and Get It” via her independent label, Oyster Shell Music. “‘Come and Get It’ is Kendra’s third single of the year and serves as an impressive statement on her burgeoning presence in the dance / pop world. The track is a tour de force of soaring vocals and infectiously pulsating beats, elevated past mere ‘dance floor banger’ status by Kendra’s clever and complex lyricism. While comparisons could be made to artists like Lana Del Rey, Ellie Goulding and Kate Bush, “Come and Get It” proves that Kendra has a musical perspective and approach all her own. The accompanying music video adds an engaging visual component to the song, showcasing Kendra’s star power in front the camera and giving the audience a glimpse into her caustic performance style.” When we asked Kendra about her new track she said, “We’re coming out of a time where we’ve all felt controlled and influenced to do something that felt unnatural to us, which is to live within a box, when all we need is to live freely to seize opportunity. ‘Come And Get It’ is that powerhouse statement saying to strip any oppressive forces away and to not be dependent on anything or anyone to make our decisions. If you want life, come and get it. Go with your heart, spread your wings from the Rapture, and live high up in the clouds!” I’ll cheers to that!

With some help from our animators here at LyricVids, the singer released a dynamic new lyric video for the “Come and Get It (Disco Fries Remix)” track. When asked why she chose a lyric video she said, “Being that it’s a remix, I wanted to offer another version of the visual representation of the song from its origin. The lyrics are also, in my opinion, very compelling, and boldly represent that sense of independence that needs to be felt and heard.” Seeing as this song offers a bit more drive and verve than her usual releases, this video helps up the ante and presents a fun visualizer for all of her fans to dance alongside! The video takes inspiration from the single cover, applying multi-tones across the footage to resemble those electro pink and purple hues. Using footage from the music video (like some sexy hair flips) as well as some fun b-roll footage of the artist dancing, we were able to create a high energy dance video that is still very much on brand for Kendra. The lyrics are displayed in an easy-to-read sans serif font for fans to sing along to. When asked her favorite part of the video Kendra said, “Definitely the parts where the video footage comes in, and creates a more dynamic video. The hair flips especially.”

What’s next for this up and coming pop/dance star? Her team says, “Kendra Erika’s next release will be on November 25, 2022. To celebrate the 40th-anniversary release of Michael Jackson’s ‘Thriller’ (released on 11/30/1982) Kendra Erika brings you her new single “Thriller Killer”, produced by hitmaker RUNAGROUND (Andrew Kirk), who boasts over 100 million views on YouTube and an impressive catalog of work. Kendra pays homage to the Prince of Pop with this electrifyingly catchy song that supports her soaring vocals with an infectious beat that is sure to fill dance-floors across the world! An Official Music Video will be released the same day.” You can follow Kendra across all social media and music streaming platforms @kendraerika or check out her website at www.kendraerika.com

Check Out The Lyric Video For “Come and Get It (Disco Fries Remix)” On YouTube Here: